This post should almost definitely be called “how to build an email list (from scratch) – a very imperfect guide. But that was long. So I’d really appreciate it if you could just play along and mentally adjust the title.

I bet you’ve heard “the money is in the list”. As in – build an email list because you can nurture your audience and sell to them.

You’ve probably heard that it’s a good idea to build your email list because you own your list. As in – if Facebook/Instagram/Tik Tok, etc. disappeared in the morning you’d have no way of contacting your followers.

You’ve almost definitely read about somebody making 100,000 in 25 seconds after hitting send on their offer to their massive audience.

But maybe you haven’t heard a lot about how to build an email list when you’re starting from scratch (and how not to feck it up).

(If you’re looking for a techy how-to guide on setting up your email list, I highly recommend MailerLite – go to this post where I demystify the techy terms, you’ll find it super helpful.)

Dear Reader, I’ll be honest – my first list-building attempt was *not* a raving success.

I had four “people” on my email list – myself, my dog (that’s why the word people was in inverted commas a second ago), and two friends.

(My dog doesn’t really have an email address, but she has a pretend one). (If you send me an email I’ll tell you what it is, but she likes to retain her privacy so I’m not allowed to disclose it in a public forum).

I dutifully followed all the steps when it came to starting my email list.

1. I’m not sure I recommend creating a pdf freebie

I carefully created some kind of pdf freebie (I hate the phrase “lead magnet”, but it’s sometimes called that too.)

In hindsight, I’m not sure that I’d create a pdf freebie again – I think we all have too much digital clutter, so I’d probably only do it if it was really helpful.

2. Wasting time creating instead of telling people about my freebie

I definitely spent way too long messing around with fonts and hex codes (colours).

I am pretty sure I wasted even more time trying to perfect the pdf content.

Sadly I can’t remember what the pdf actually was, or I’d root it out and link to it.

3. Using templates instead of my own voice

I didn’t trust myself to know what to write so I bought a very expensive course to help me. It had templates that told you what to say. They didn’t sound like me at all.

I was so tired by this stage that I’m pretty sure I just copied it word for word.

Like I said, It didn’t sound like me, but again I was tired. Very tired. I decided it would do. That’s not really the right energy though, is it?

Probably a week later I wrote a nurture sequence – a series of emails welcoming my audience to my world and telling them a bit about me.

4. Paying too much attention to my email open rates

I was really excited when I looked at my open rate for my first email and it was 75%.

But the rest of my emails had a lower open rate and that was discouraging.

And then my first list-building attempt imploded because I didn’t know what to write next or how to get more people on my list.

Well … not exactly. I knew in theory how to get more people on my email list, but at the time I had no business building an email list.

I mean that literally – I had no business. I had no offers. I had no (paying) clients.

I was in the middle of studying and I had no time (and very little money).

6. Feeling too scared to keep going

Then GDPR came out (data protection rules) and I was so afraid I’d mess it up that I didn’t try again for four years.

And there my first list-building venture ended.

Side note: My two friends were very polite and never mentioned it again. I like to pretend that they’ve forgotten it happened. I sincerely hope they’ve deleted those very bad emails.

So no one was more amazed than me when a few years later I did actually manage to build an email list.

How I (inadvertently) managed to build an email list

Anyway, I got a notion to run a course and I had three people on the first round – I knew two of them, so already I had increased my audience by one.

I frantically created the workshop materials the night before each weekly session (or let’s face it …sometimes an hour before each session began).

And sometimes I ditched what I had planned to teach because it wasn’t what they needed.

And because I only had three people on the course, I wrote to them individually and sent them all the materials.

But I really enjoyed my little workshops and I got good feedback so I thought to myself perhaps I could do this again.

And a series of events I hadn’t predicted conspired to give me an audience.

I gave a complimentary talk to some business owners about blogging and I must have mentioned that I had a course on it.

I somehow persuaded some more lovely people to give me money in exchange for doing my course (but not too many, because I’m an introvert and that would have overwhelmed me).

And because I was now a #seriousbusinesswoman I actually revisited my presentation slides and polished them up a bit and added them to a course platform to be profesh.

But it was a bit of a hassle emailing the course notes individually, so I decided I’d better actually revisit using an email service provider.

I had been sending regular emails in a day job so I knew the techy side wouldn’t be a problem.

And unlike my first attempt, this time I had a reason for writing emails and a topic to write about.

And my open rates stayed high because the people receiving the emails actually wanted to read them.

The only problem was my email list was still extremely small.

Somewhere around this time, I made a very half-hearted attempt to grow my email list by creating a freebie about how to write your first blog post in ten days, but only promoted it once (maybe twice?)

I did a few things to grow my email list – some of them more successful than others. In the spirit of oversharing being helpful, I’ll tell you about that too.

I ran the blogging course again and added a few more people.

I ran another course and added more people.

And list-building petered out…

…until the leader of a group I was in promised that if we made a low-cost product she’d send our offers out to her (much bigger) email list.

My friend and I got very excited and spent far too long faffing about but managed to create our offers. (We bought from each other and it was very cute).

I’m pretty sure that about six people bought my product and joined my list – a resounding success I think you’ll agree. (You might think I’m being sarcastic, but I’m not, I was thrilled).

I also decided to run a second round of my second course so a few more names got added to the email list.

My Business Mentor was teaching about lead magnets and I cheekily asked if she’d share them with her audience and she agreed.

My lead magnet was a live complimentary workshop about SEO and a few people signed up (which suited me grand – #introvert so I was scared of having to deliver in front of too many people).

What you need to know is that I am on a LOT of email lists myself. I really like reading emails and noticing the different styles.

An email popped into my inbox from someone I hadn’t actually heard of. A business owner running a bundle and looking for participants to offer a paid product for free in exchange for growing their audience.

I’m not sure if it was foolishness or bravery, but either way, I decided to apply and got accepted.

I could have just added one of my existing courses, but oh no, that would have been far too easy. Naturally, I had to overcomplicate things.

I redesigned the whole course, spent way too long messing about with my slides and worked a bit too hard and felt tired.

Erm…I ended up deleting about 100 of them because they didn’t open my emails after the first one giving them access to the course.

(I don’t blame them, I bet they had lots of salesy emails popping into their inbox after the bundle – I know mine was fit to burst).

In late November I got a sudden urge to run a paid live workshop showing other people how to start and build their email list using MailerLite.

Not because I was pretending to be some big successful hot-shot email marketer, but because I thought I had something to share on the topic.

And because the email service provider I recommend has amazing features on its free plan, but it mightn’t always.

As a web designer, sometimes I have to help clients with setting up freebies and I noticed that a lot of clients use (and struggle with) Mailchimp, even though it can be a bit clunky and I knew it wasn’t the best solution.

So I wanted to encourage people to start building their email lists using a free tool while it’s still free.

I think I grew my email list by five people – yay!

So how big is my email list these days?

Because it took a lot of work to get that far.

A lot of effort, a lot of time and a lot of writing emails that to didn’t know if anyone would open.

If I notice that someone isn’t opening my emails, I delete them from my email list. That helps to keep my emails from landing in spam.

I don’t send emails on a regular day at a regular time. I send them when I have something to say. (I’m telling you that because you might be giving out to yourself if you can’t be consistent either).

I really enjoy writing to the people on my email list. I enjoy it, even more, when they write back to me.

I would absolutely recommend building an email list because it has helped me to make sales that I wouldn’t have otherwise.

I’m not that salesy at all in my emails. I usually prefer to share helpful tips, because I want people to actually open my emails and I don’t like pushy emails myself.

I hope there was something helpful in here for you (or maybe even it just gave you a laugh, a bit of encouragement, or sparked an idea).

Marie O'Sullivan is a Web Designer and SEO Specialist. 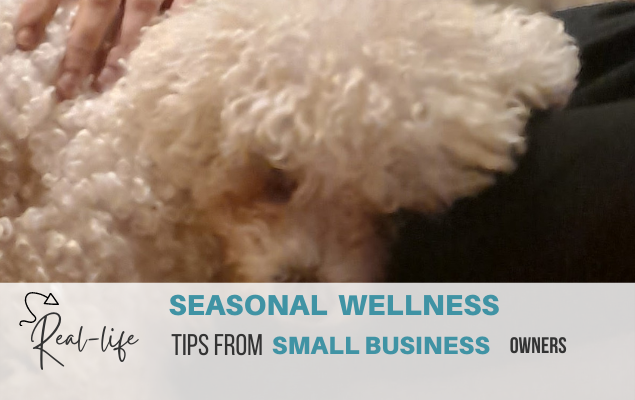 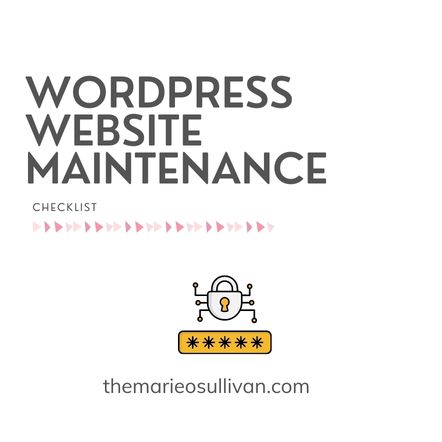 Check out the Tech Membership.

You can find out more about which cookies we are using or switch them off in settings.

This website uses cookies so that we can provide you with the best user experience possible. Cookie information is stored in your browser and performs functions such as recognising you when you return to our website and helping our team to understand which sections of the website you find most interesting and useful.

Strictly Necessary Cookie should be enabled at all times so that we can save your preferences for cookie settings.

If you disable this cookie, we will not be able to save your preferences. This means that every time you visit this website you will need to enable or disable cookies again.